on November 24, 2021
I dipped my toes in Tablet Weaving some time ago (somewhere between 2013-2016, can't seem to pinpoint it).  I warped it on my Rigid Heddle using both front and back beams. I didn't really understand about twist back then and how moving the cards forward and backward can cause twist if you go in one direction too often.  So fast forward to November 2021 and my interest reignited. I had just finished an Inkle band and wanted to do a band with some curves, hence Tablet weaving. So I found a pattern and warped it on the Inklette (Pic below). A little small to do tablet weaving but doable, except for all the twist in this pattern.  I went on the hunt for another inkle loom to use for tablet weaving.  I made a post on the Tablet weaving group on Facebook and received lots of ideas. 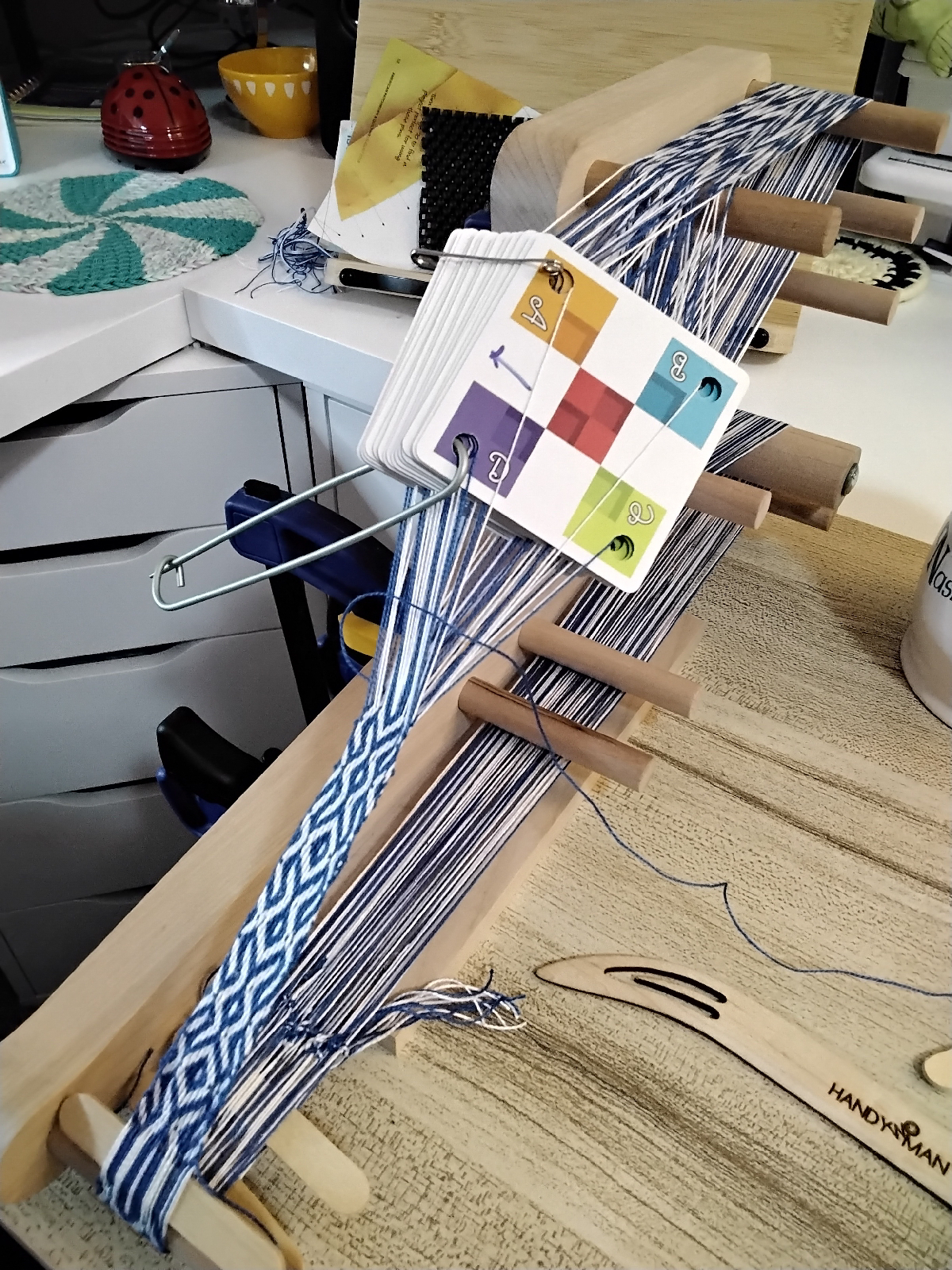 One of the suggestions was a Warp-weighted loom. I had no idea what that was, asked about it, they gave some info and I went on to research more.  I found The Better Loom, by Don Betterley.  You can see more about it at The Loomy Bin (insert link).  While waiting for it to arrive, I scoured Facebook, YouTube, blogs, etc to find what others were using as bobbins and weights. The options were widespread.  I finally decided on weighted Kumihimo bobbins and fishing weights.  Ordered both from Amazon.  Everything arrived timely, I picked out a simple pattern, only 9 cards and proceeded to warp. Well, not easy on this first one. Couldn't figure out (and still haven't) how to secure it to get tension to thread onto the bobbins. I'm working it through my mind right now so I'll be ready for the next one.  Pictures of the new loom setup forthcoming on the next blog.
Later!